Nothing To See There 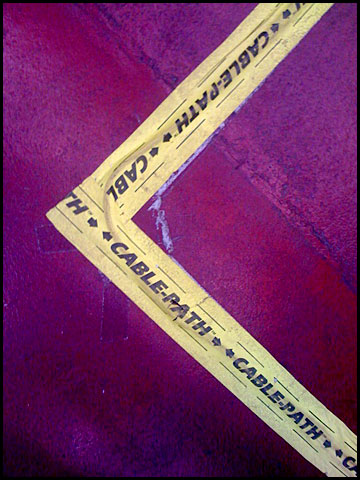 My students are cutting a scene from a cancelled TV show. It's straightforward: a character walks into an office, talks to two other characters, is introduced to a guest, delivers a few key lines. It's shot in "single-camera" style, meaning the camera is generally on one character in one framing while all the characters run the scene. Next framing, repeat.

So the idea is fairly clear: assemble meaning from shots that are generally ready to cut together, but watch out for the inevitable small problems. Then find ways to keep the scene flowing nicely, to have it hit its key emotional points, and -- in this case -- to make the editing essentially invisible.

They seem to be enjoying it.

Above: my students are amused that I photograph banal details, like the floor.