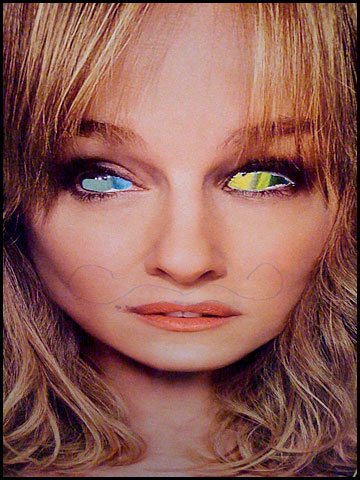 Looking ahead to 2010, I'm considering participating in both the International Documentary Challenge in March and the 48 Hour Film Project -- which I think will hit New York in June.

I've been in the Doc Challenge three times, making it to the finals twice. I think I can give it another try, though I'm aware it makes for a tough five days.

I'm thinking I might enjoy playing a role with a narrative film project for the 48HFP, also, maybe as editor. I'll need to form a team, though. Know anyone?

Above: an iPhone snap of a poster in the subway. Taken with the camera not exactly parallel to the poster.