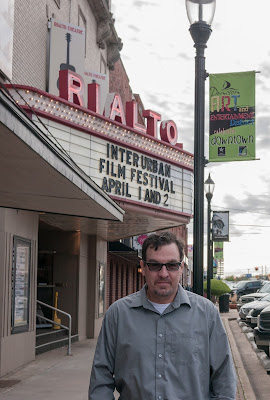 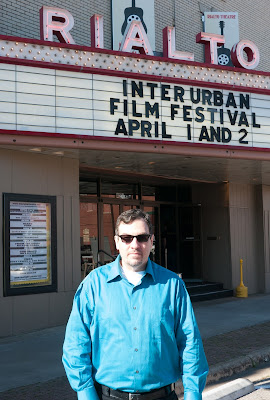 Just got back from the Interurban Film Festival. Screened The Texas Sun on Saturday.

The Rialto Theatre is classic -- it goes back to 1920. Denison is also great, and was hosting an arts festival, so we strolled Main Street in between blocks of films.

I was interviewed about the festival and about "The Texas Sun" by the Herald Democrat:


Filmmaker Ted Fisher submitted his six-minute documentary “The Texas Sun.” Because his love for film making has taken him and his family around the country, he said the sun was noticeably different in Texas and thought it would be interesting to see what others thought about the fiery ball in the sky.

“When we came to Texas, we noticed that the sun itself was a little different than we were used to living in other states and that we had a different relationship with it. We would walk and it was more intense in some places so we started thinking of it as a person,” Fisher said. “The documentary has a lot of people talking about their relationship with the Texas sun as if it’s a friend or maybe more than a friend and their loves and hates about the sun.”

Read the rest of the article, written by Kim Burdi, here: