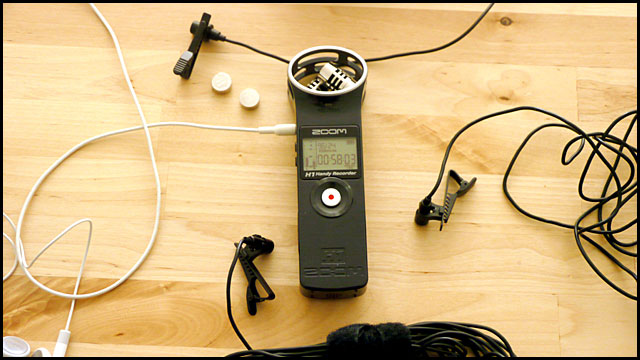 I had to record a voiceover, so I dragged out three lavalier microphones for a quick test, plugging each into a Zoom H1 and recording a snippet of normal speaking. The results? While the audio quality won't match a high-end microphone, the recording is fine for use in documentary interviews on location.

(By the way, for those times when your wireless mic is likely to run into interference, this could be interesting: clip the lav on your subject, stick the Zoom H1 in their pocket. Hit record, then lock the buttons on the H1.)

has a more pleasant, natural sound than the Audio Technica ATR-35s and is significantly higher in quality than a cheap Radio Shack 33-3013. (I'd post a sample, but Blogger is not exactly cooperative with my attempt to do that....)

That's not a surprise -- the 3350 is basically the updated replacement for the 35s. It's also essentially the same as the mic included in Audio Technica PRO88W-R35 Wireless Lavalier System with ATR3350mW Omnidirectional Mic, 170 MHz

You could post the audio somewhere else and just link to it. I use Blip.tv to host an audio podcast. I don't know if you can upload .wav files but .mp3 works well.

That would work. The Voiceover itself is done, so I might post a sample from that as well.