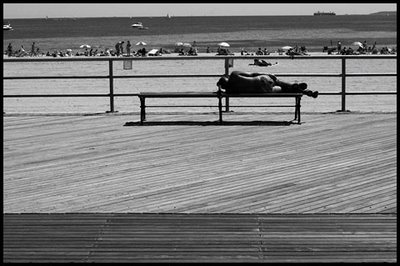 Traditionally, this is the date known as the birthday of photography, when the process was made known to the world -- as a gift from the French government.

We know, of course, that many people experimented with the new medium before this date, and that permanent photographs were made as early as 1826. The "official" date matters, though, because the efforts of those first pioneers had little impact on the world. It is only after the new process went out into the world that something really new began.

Above: an image from my street photography portfolio Waiting for the April Fool's Parade (copyright 2006 Ted Fisher).
Posted by Ted Fisher at 2:02 PM